Due to my father, who was a professor of Spanish-American literature at UCLA, I traveled and lived from an early age in Spanish-speaking areas (Puerto Rico, Mexico, and Spain). Trips to Puerto Rico (1954-1955), Mexico (1960), Spain (1962-63 and 1968) were decisive in determining my life-long passion for Hispanic culture.

At UCLA I discovered two passions that have remained with me for the rest of my life: Cervantes and Mexican folkloric music. As an undergraduate at UCLA. I had the good fortune to take a course on Don Quixote taught by a young scholar named Caroll Johnson (1938-2007), who would later be recognized world-wide for his controversial Freudian reading of Don Quixote. Likewise, through my older brother Mark, I discovered the Mexican Study Group of the Institute of Ethnomusicology, which had accomplished performing groups that played a number of styles of regional Mexican music. The best known was the Mariachi Uclatlán, with which I maintained an association with several interruptions from 1968 to 1993.

At Yale University I pursued interests in Medieval and Golden Age Spanish literature, the chronicles of the Indies, the Latin American novel of the "boom," and Chicano literature. I also participated actively in MECHA, the growing Chicano student group, which soon found a mentor in a young professor of Mexican and Chicano literature from Colorado, named Juan Bruce-Novoa (1944-2010), a pioneering figure in the area of Chicano literature, who much like his senior colleague Emir Rodríguez-Monegal (1921-1985) in the area of Latin American literature, brought a steady stream of emerging figures in the Chicano Movement to campus. Juan Bruce-Novoa and I remained close friends for nearly forty years, until his premature death in 2010.

Having completed my Ph.D. at Yale University, I went on to teach at Mount Holyoke College in South Hadley, Mass. from 1978-1981. I left my position in to play with Mariachi Uclatlán, which opened a Mexican restaurant in Orange County, CA (El Mariachi Restaurant) to serve as it's primary performance venue. By 1981, my brother Mark, had taken the group out of UCLA and had turned it into a successful professional ensemble made up primarily of life-long professional mariachi musicians. The restaurant catered to Mexican and Mexican-American patrons, who were born and raised with the music of the mariachi. By the mid 1980s the group broke into the top echelon of mariachis in the United States. Through the restaurant, which advertised continuously on Spanish-language radio and television, as well as by playing at thousands of engagements (weddings, baptisms, funerals, masses, concerts, parties, etc.) Mariachi Uclatlán established a large base of followers in Orange, Los Angeles, and Riverside Counties, who patronized the restaurant regularly. During the period extending from 1985-1993 the group recorded extensively, occasionally accompanied major singing stars, and shared the stage with some of the best mariachis in the business, including the Mariachi Vargas. During the twelve year period, I not only played with the group five or six days a week, but helped to manage the restaurant, which at its height employed a full staff of cooks, waiters, bartenders, dishwashers, busboys, and as many as twenty full-time musicians. 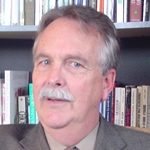