Dr. Kennedy has published various refereed articles ranging from designing and marketing study abroad programs and the use of technology in the classroom to Goethe. He is the author of the book Der junge Goethe in der Tradition des Petrarkismus (Lang, 1995) and editor of the Proceedings of the the 1988 UNC German Colloquium (IN-House, 1989). He has produced, directed, and edited numerous documentaries on the German Diaspora, which have been screened in the U.S.A., Germany, England, and Jamaica and on local television stations: Von Essen zum Brot. Eine Geschichte deutscher Immigration in Jamaika (2005); Goethe in Jamaica (2007); Peter Paul Zahl. Ein deutscher Exilschriftsteller in Jamaika (2007); German Enemy Aliens in the Land of the Sky (2012). Germans in Jamaica. War, Spies, and Camps (2016); Baron Maximilian von Ketelhodt (2018)

Dr. Kennedy is the recipient of Foreign Scholar Exchange Award (2004; 2013 and 2019); Recipient of the UNC Board of Governor's Excellence in Teaching Award - Appalachian State University School/College Award (1999 and 2012); Recipient of the Appalachian State Global Leadership Award (2012); Award Nominee for the Wayne Duncan Faculty Enrichment and Teaching Fellowship for Excellence in Teaching in General Education (2012); Appointed member of the College of Arts and Sciences Academy of Outstanding Teachers (2001); Recipient of various research grants (2009, 2007, 2005, 2003). He was the first instructor at Appalachian State to teach via Distance Learning (1991). He was founder and director of the German Distance Learning Program, which developed into the state-wide distance learning Consortium in German Studies (now known as the UNC World Language Exchange) from 1994-2001. Dr. Kennedy served as President of the NC Chapter of the American Association of Teachers of German (1990-1993).

Dr. Kennedy established and led Appalachian's Language and Culture Summer School in Trier Germany from 1997-2015. He also established the Pädagogische Hochschule Karlsruhe Exchange program in 1995 which he directed until 2000. He established a first of its kind Gen. Ed. Summer Study Abroad program at Appalachian in conjunction with the departments of History and Sociology (War in Europe) which he led in 2011 and 2014. He also established and directed the Hirschvogel Business and Language Internship program from 1996 - 2018. He served as a Faculty and Academic Development Consultant at the Hubbard Center for Faculty and Staff Support and as member of the editoral board of the "Teaching and Learning at Appalachian" publication from 2000-2002. He served as Associate Program Director of the Association for Global Business International Conference on Communication, Languages, Literature, and Socio-Cultural Studies (1998-1999) 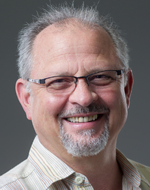